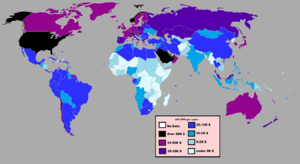 Economic history analyses and makes intelligible the evolution of the economy over the long term. Any question in history can be dealt with from the perspective of economic history. Example: The Industrial Revolution in England involved the discovery of new technologies which led to the creation of a manufacturing sector. What were some reasons for this shift in economic activity? The Industrial Revolution could be attributed to many factors, including the technological changes involved in manufacturing and industrial production, as well as an increase in population that lead to an increased need for goods

We are interested in the facts, the characters and the course of events. However, our main objective is to order and structure them in order to better explain the mixture of the usual and the novelty that constitutes the present.

Economic history straddles history and economics. Economics is not an experimental science, while the history of economics is an important part of the empirical experience of our economies, especially for long-term economic processes. The term "economic history" refers to the discipline that studies past economic transactions and patterns and their influence on contemporary society for better understanding of economics. Economic historians can study for example the historical context of economic policies, movements and ideas. Economic history evolved from the discipline of history "as" economics in the late 19th century. .In the United States, the field of economic history emerged from a variety of related social and intellectual movements. The most significant of these was American institutionalism, which in turn arose from a number of progressive intellectual trends that began in the late 18th century. The field has been divided into "economic history" and "social history", although there is some overlap. among these fields. Economic history is a study of how economies work, especially in industrialized nations. In the late 19th century, economic history was more generally seen as a field of economics that would investigate the broader consequences of economic actions and policies for society at large. Economic historians sought to understand the underlying causes for social and economic changes with a mixed methodology that incorporated both quantitative and qualitative approaches. Quantitative methods used by economists include demographic methods, supply and demand analysis, factor economics, and applied statistical analysis. Qualitative methods used by social historians include oral history interviews, case studies of individual events or communities, diaries and correspondence of historical figures.

« Economic theory does not provide a definitive body of conclusions immediately applicable to economic policy. It is a method rather than a doctrine, an equipment of the mind, a technique of thought, which helps its owner to draw correct conclusions. »

« Physics envy is the desire to be able to explain 99% of all economic phenomena with three laws. That’s what physicist can do. In fact, In fact we [economists] have 99 laws that explain maybe 3% of all phenomenon. »

It is possible to make comparisons to see to what extent crises are different or similar, based on history one can do this in a systematic way.

We must look at the sources, if we are interested in the way in which the history of the economy does its work, the emphasis is often placed on databases and the quantitative method. There are also official documents, individual papers and newspapers also used for economic history.

How did international economic relations develop from the nineteenth century to the present?

What effects did these international economic policies have on the global economy?