This is a fairly broad issue, being an important phenomenon in the field of international relations and security. For the past thirty years, there has been a questioning of war as a form of organized political violence. 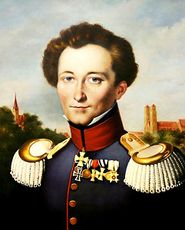 The classical conception of war refers to Carl von Clausewitz [1780 - 1832] who was a Prussian officer during the Napoleonic wars of the late 18th and early 19th centuries. He published his book De la Guerre en 1832, which remains the main reference among war practitioners, but also in political science and international relations.

Clausewitz's definition of war is "an act of violence intended to compel the adversary to carry out our will" as "the continuation of politics by other means". These notions represent common sense when talking about war as a political enterprise to defend its interests. It is a rational and national practice that amounts to the use of organized violence for a political purpose. We are on a continuum from politics to war. War is a time when you get out of politics to get something.

There are other conceptions such as legal, cultural, eschatological or cataclysmic:

Bull points out that violence is not war unless it is led by a political unit. What distinguishes the murder of a war from its official character is that it is an extraordinary situation. Violence led by one political unit is not a war until it is led against another political unit.

The idea is to inscribe war as a better understanding of the issues of a discipline. In the discipline of international relations, there is a "division of labour" between liberal realism. War remains a means of communication as an obvious means of research for these approaches. Realism and neo-realism will be interested in war and liberalism will be interested in the counterpart of war, which is peace. One cannot go without the other. They adapt to this division of labour according to their conceptions of man and the international system.

Realists are interested in war within the framework of an anhistorical approach as a matter of instinct with authors such as Carr or Morgenthau. For neo-realists, the main cause of war is not the nature of man, but the nature of the international system itself. States are in competition for power, the international system will generate war like Kenneth Waltz who talks about war as something essentially related to the international system being a balance of power in an anarchist system. As soon as we reach a certain order of balance, we will not fight. For realists and neo-realists, the end of the war is not an objective in itself. According to this logic, peace can only be achieved by neutralizing opponents. Nuclear deterrence was an effective system for not being at war because we were afraid of an insurance of mutual destruction, which is the theory of the MAD. The neo-realistic approach is Westernized-centric because the rest of the world has suffered from proxy wars.

The Clausewitz conception remains decisive for this type of approach where, even if one wants to transform the rationality of war, States wage war to satisfy political interests.

A series of approaches challenge Clausewitz's canon and question whether war is changing and whether it is not conceptualisable as outside of political rationality. For several decades now, war has been above all an intra-state affair, whereas the classic approach is that war is inter-state. Since the 1970s, the overwhelming majority of wars have been civil wars. There is a questioning of war practices that goes beyond the framework of ad bellum and jus in bellum with the emergence of new actors waging guerrilla wars, but also with new actors such as mercenaries.

The classical conception is based on Clausewitz, who has a primarily political conception of war. War is something rational that happens between political actors who play the same game. Within the discipline of war studies, there are challenges to this paradigm. The advent of a new world order is often a key moment in this challenge. In the late 1970s, there was a questioning of this paradigm and in particular the question of the "trinity" which is the State, the army and the people. We will start talking about new wars in the context of a progressive detachment from the political logic of war. The approach of the new wars defended above all by Eric Holder. There is an advent of a post-modern war.

Technology has an impact on how war is fought and how security is designed. The observation is that even if democracies no longer wage war against each other, they continue to do so elsewhere. As long as we start from this observation, it is interesting to ask ourselves how the war in the West has changed or not in recent years.

Postmodern warfare is what we call the Western Way of War with a revolution in military affairs[RAM] with a concept of "zero death warfare". In this questioning comes the idea of war as a sports spectacle with a virtualization of war and the creation of a techno-strategic discourse with concrete effects on the organization of political violence in today's world. These different approaches and ideas challenge war as a political phenomenon above all. The question is whether we are dealing with an evolution or a revolution with the war that has changed in nature. Colin Gray published a provocative article in 1999 entitled Clausewitz rules, OK? The future is past-with GPS[10] who postulates that war has not changed making wars for the same reasons.

The Western Way of War is the fact of having a transformation with the passage from a conscription army to a professional army, so with far fewer soldiers. The patriotic model of warfare is abandoned. The other aspect is that war is increasingly based on technology. On the other hand, we are facing populations that are less and less willing to accept the costs of war and to increase the risk. 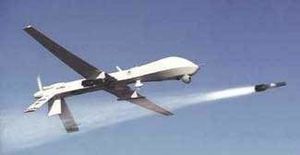 Technology has an impact through the idea of the revolution in military affairs. It is a term developed first and foremost by the military itself and particularly by the American military at the end of the Cold War with the idea of using civilian and military logistics to control the terrain and limit human losses. For example, it is the use of drones that make it possible to conduct warfare while preserving a pilot's life. They are also intelligent ammunition, stealth technologies, electromagnetic weapons and GPS. The war to be won must work with information networks in which information flows extremely quickly in order to exchange information instantly, it is the Network centric warfare in order to gain efficiency.

Colin McInnes wondered whether war had become a sporting spectacle. When the issue of war is no longer survival, it is much more complicated to have to fight a war. Above all, it means that as long as the populations who are detached from the war, the idea is that like a supporter, we sympathize, but we do not suffer, we have empathy, but we do not experience it. This dematerializes war, raising the question of the lack of reality of war.

The link between the citizen and military action is now virtual in Western countries that differ from a more traditional conception of war. From the moment the idea of "zero death war" came into being, war is becoming more and more virtual from the Western point of view. It is a much more postmodern approach to international relations. It is a critical approach.

For the past twenty years, James Der Darian has postulated that these new wars create new realities not only for the populations, but for the operators themselves who can transform the relationship to death. The First World War where we started talking about it was around the Gulf War in 1991. The discrepancy between the reality on the ground and the fact that the countries that sent these troops are not aware of what is happening due to the "fog of war" can change the relationship we have to war. In 1991, Jean Baudrillard wrote that the Gulf War did not take place, the idea being to show the discrepancy in perception.

As long as we enter into this virtual logic, we are faced with several consequences:

It is the implementation of a techno-strategic discourse emphasizing that technology is the best way to wage war with the least possible loss. There is a real fascination for technology through aestheticization with a trivialization of violence. A strong feminist in international relations with authors like Cohn has produced studies on the gendered relationship to technology-related violence. These feminists will even go so far as to criticize Der Darian showing how these authors contribute to the fascination of these analyses, in other words that the fascination for technology through an aesthetization trivializes violence. Technology is being used more and more in the Western way of waging war, more and more war is being distanced from the field through virtualization dehumanizing war and challenging the traditional approach to war.

The end of the war?[modifier | modifier le wikicode]

Foucault proposes an inversion of Clausewitz's maxim that politics is the continuation of war by other means. According to this logic, a connection between security logic and surveillance logic will be established in warfare practices. In order to wage the war against terrorism, populations will be increasingly monitored. Frédéric Gros pushes the Foucauldian idea even further, starting from the principle that rather than thinking about how war is transformed, would we not rather witness the end of the war since war used to operate within a framework that was recognized? As soon as these logics are broken, we are no longer in a logic of war or peace, but in a state of violence.

The new distribution of violence is no longer reflected in terms of war and peace, but in terms of intervention and security. In a globalised world, what is important is that flows move, distances have narrowed, goods, capital and people must move freely. However, globalization has a dark side with those who can move freely and those who put it at risk. The challenge today is to regulate globalization. There will be interventions to increase the security of the community of the living in order to allow a more efficient circulation of the different flows that constitute globalization and that the flows that threaten are people outside this system. War is a rupture, intervention is a return to normal.