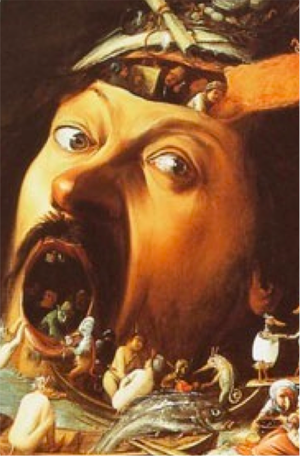 We will deconstruct what we have learned, what is criticism a field and discipline?

Why a course on critical approaches?[modifier | modifier le wikicode]

International relations are first of all a macro process as with States, then we begin to focus on increasingly micro-processes. We look at the same complex reality from different angles.

The dominant vision of this game is naturalizing and essentializing. In other words, the world around us has its own independence to which we can only have access externally. Typically, realists only look at the objectivity of the world, they see things as they are. Studies show that in foreign policy processes, if people share the same vision, they will be caught in this pattern. Thus there is an interaction between objective truth and perceptions that are part of a game. 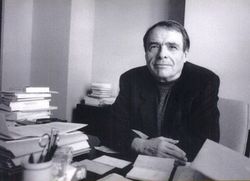 This is a contested field of study because its object is the result of a conventional definition, there is no external referent defining in an "objective" way what "international relations" are.

« The strategies of agents and institutions that are engaged in[academic] struggles, i.e. their positions..., depend on the position they occupy in the structure of the field, i.e. in the distribution of specific symbolic capital, institutionalized or not (internal or external recognition), and which, through the mediation of the constituent provisions of their habitus, inclines them either to preserve or transform the structure of this distribution, thus perpetuating the rules of the game in force or subvert them »

There is also the idea of symbolic capital or people with more credibility to deal with international phenomena. Recognition is not only obtained for the intrinsic quality of the work itself, but also for who talks about it, how and where. These are internal power relations within a discipline.

Mearsheimer wrote in 1991 Back to the future explaining that now that the USSR is over, we are again entering a multipolar world and in Europe the Germans will take power and dominate militarily with a return of German imperialism. However, he was mistaken and his legitimacy was not questioned. Its legitimacy comes from several factors such as its notoriety, its language, the institutions in which it is part, but also from personal enmities, budget logic, etc. We are facing power effects.

The very term "international relations" is contested, but it is a definitional issue:

A discipline is an agreement on a theoretical core of basic proposals on a subject of study, the field delimited by this core. The question of whether international relations is a discipline was asked by Kaplan in 1961: "It is more of an intellectual question or project than an affirmation".

The question arises as to whether it is a discipline, whether international relations as a discipline makes it possible to understand specific phenomena. That is to say, it is the fact of having its own department, budgets, etc. For others it is a sub-discipline of political science, because we do not do analyses of social systems, etc., it is only one object of comparative politics. Until 2005, at the University of Geneva, international relations was not considered as a discipline in its own right.

Therefore, it is possible to make two observations:

To understand how international relations are taught, for example in Korea or Japan, you have to look at who the professors who are graduates in the United States are. For a field and ways of studying the world, we have particularistic visions that lead us to try to understand the world. From this perspective, we must understand what we are missing and what we gain.

There are links between field and discipline. It is the approaches that largely define our vision of these two dimensions. The way we understand things is linked to processes that lead to understanding the world in a certain way that constitutes a certain social and political reality.

These approaches lead us to select the facts in their multitude and provide them with meaning:

What is critical theory?