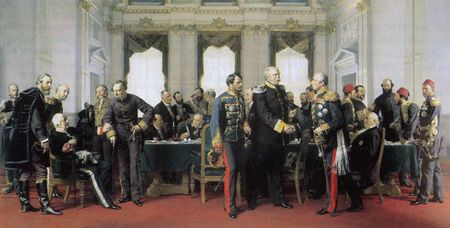 When we read the literature, there is the vision of internationalism to seek and find solutions against the situation of the divided world and sovereign states, especially in the colonialist period when they are in competition. There is the idea of an idealistic community of interest and something that seeks to find solutions for a common destiny for all nations calling for institutions common to all humanity. This concept is philosophical and idealistic seen as an idea of great philosophers of the past. There is not only the humanitarian notion, but also the interests of the liberal bourgeois class interested in creating norms and rules to create international markets in order to have intercompatibility between markets. The first international union and the International Telegraph Union in order to establish telecommunication standards, its headquarters was in Berne.

This course focuses on the history of the attempt to achieve lasting peace through international organizations that focus not only on security prerogatives, but also on social imperatives in a world where political power remains in the hands of states. We observe the role of civil society not only by international organizations, but also by States at key moments. We will focus on the evolution of structure, competence and decision-making mechanisms in order to better understand its failures, crises and outcomes.

The central issue of the course revolves around the question of whether international organizations are simply a state instrument or do they have a role to play?

The legal branch focuses on the evolution of the conventional and positive framework of the international order dealing with normative issues related to the evolution of international law. The political approach interprets relations between States and international relations in the context of several paradigms or schools of thought such as liberalism or realism or other modern theories based on postulates. A theoretical system of thought is applied. The historical approach interprets this question through the analysis and study of historical sources, primary and secondary sources, in particular through documents from States, but also documents from international organizations. The historical approach is empirical, wanting to analyze the past with precision. However, the shortcoming is that it always lags behind the other two approaches.