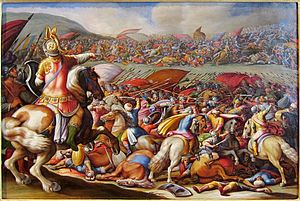 The main objective of this course is to encourage a critical analysis of past and present forms of organized violence. While studies on peace and conflict have traditionally focused mainly on the statistical dimension of the construction of "armed conflicts" (analysed from databases), this course focuses on the sociohistorical construction of war and security. To do this, teaching will be divided into two parts.

First of all, it will analyse historical contingencies and the "conditions of possibility" of organised violence and war. This is in order to understand the historical variations at the macrosociological level of the practice of warfare and the process that has led in the West since the end of the Middle Ages to the state monopoly of violence. The central issue here will be to grasp the implications of the practice of war as a condition for the constitution of modern European states. The issues that will emerge from this section will touch on war as the sole prerogative of the state and the implications of applying this understanding of organized violence in non-Western contexts.

The second part of the course focuses on the challenges of professionalizing security. A phenomenon made possible by the growing bureaucratization of Western states, it will involve analysing the practices of security professionals (military, police, private military companies, intelligence services, etc.). While maintaining a historical approach, this dive into the "world" of security professionals will take place at the microsociological level. This section will be structured around questions related to the constitution of these professions in relation to the state and the possibility of security and political violence in a globalised world.

Political violence and the practice of security

The birth of modern warfare: war-making and state-making from a Western perspective

Transformations of war and violence in Europe

War beyond the West: is the modern state a Western invention?

What is non-state violence? The Case of Afghan Conflict

The transformation of contemporary security practices: between war and global policing?

The transformation of contemporary security practices: the logic of risk